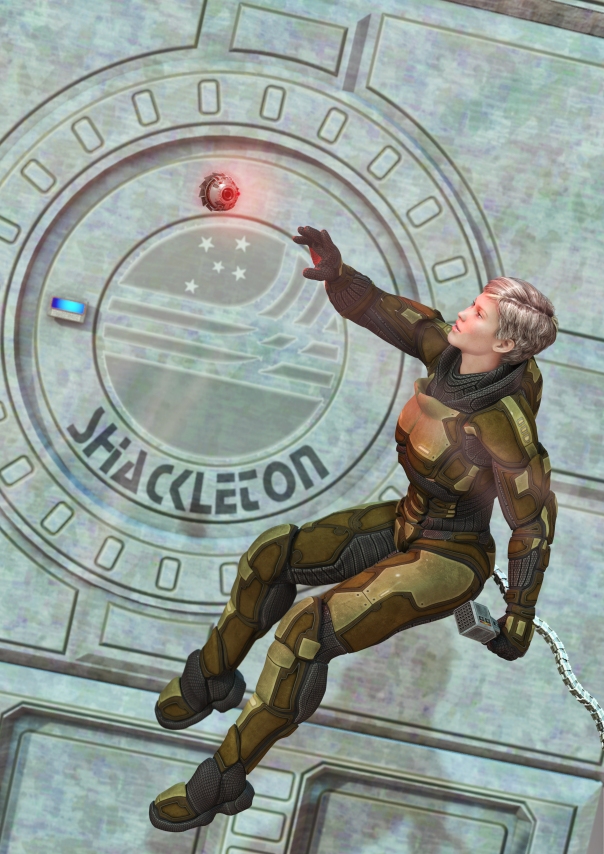 In an artificial world where even the sanitation workers have double PhDs, Cai Gentle is an anomaly. The twenty three year old woman  is a corporation brat, born and raised in deep space on company research stations and colonies. She has little formal education, but possesses resources and reflexes honed by a lifetime in artificial space environments. She is one of the space-born. As a shuttle pilot and cargo handler/courier, Cai is one of the most well-known faces on Shackleton.

Cai Gentle is a player character in Xenomorph. Artwork created and rendered in DAZ Studio, with postwork in Adobe Photoshop.