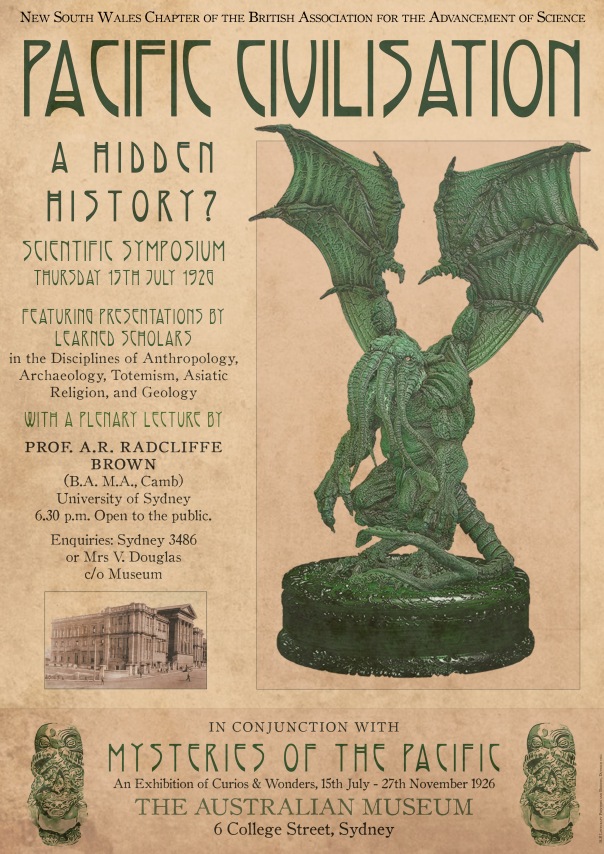 In April 1925, the disabled steam yacht Alert was towed into Sydney Harbour. The sole surviving crewman, Gustaf Johansen, told a fantastic tale of cultic piracy, a risen island, and a monstrous sea beast. A hideous winged idol discovered aboard the ship was delivered to the Australian Museum. A scholarly symposium was called to discuss its mysterious provenance and identity. The advertisement for the symposium was carried in various scientific journals and was much discussed in occult periodicals and other, even less public, circles. And the ships came.